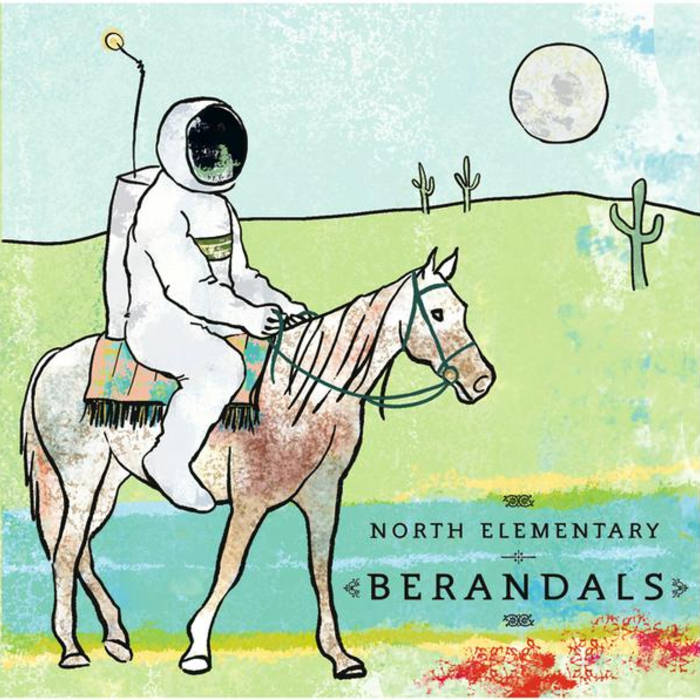 As an astronaut unbound from earth's humanity finds he is unable to leave the very planet he longed to depart. North Elementary explores and researches the moments that seem to extinguish t ime and transform seconds into centuries. On southern porches, big red couches, and inside mansions the songs on Berandals were born.

The Chapel Hill, NC band North Elementary is a musical collective that orbits around the songs of John Harrison. With an inventive and soulful approach to songs, North Elementary creates moments that are beautifully original yet surprisingly familiar. Built upon the solid foundation of a song, this collaborative effort illustrates unique and
adventurous ways to present compositions sonically and thru arrangement with catchy, uplifting melodies
punctuated by crunchy guitars.

The latest North Elementary sonic offerings were
recorded with producer Zeno Gill, who has worked
alongside and produced records with Portastatic, The
Rosebuds and J. Mascis.

“Someone to show us the possibilities, not the constraints of the genre.
One such band is North Elementary.”
- Americana UK

“Totally devoted to the song and everything around it, planting majorchord melodies in the most sonically rich soil he can find and letting them grow into sprawling operettas.”
- Independent Weekly