.​.​.​and every color you have ever seen 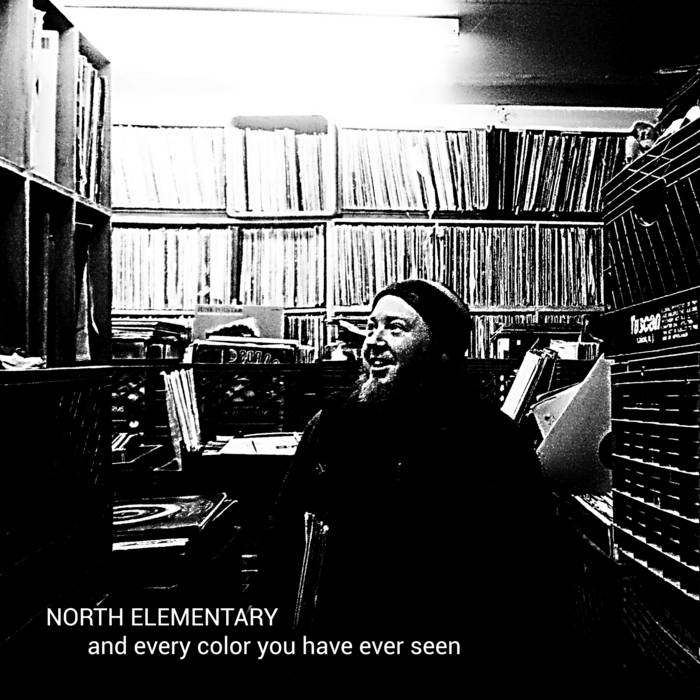 In a scene where bands hatch and dissolve, sometimes in the span of months, North Elementary have been stalwarts who continue on with a determined pacing that’s lent them a longevity other groups can only envy. Theirs’ is a history that one could spend paragraphs unraveling, but let it suffice to say that over more than a decade of music with 7 full lengths and various EPs and 7” releases under their belts, North Elementary have plundered and explored the cosmic depths of rock and roll. Their forthcoming 8th full length, “And Every Color You Have Ever Seen” is a document of the group’s curiosity and restlessness. There’s more space left to be explored, and they are happy to rocket into that unknown with discovery on the brain.

That’s not to say that North Elementary has forsaken what they do best. There are still starry-eyed lyrical musings paired with six-string supernovas. Psychedelic textures are still punctuated by aggressive counterpoints. Harmonies and hypnotic keys create a nebulous rainbow that fill the void between solar systems. And all the while the well-tuned rhythm machine serves as an engine that never fails to push the group wherever the ship gets steered. The differences here are mostly in time, not texture. Previous releases have leaned towards songs that stretch out and get where they want to go… eventually. Most of the tracks on “And Every Color You Have Ever Seen”, however, clock in around three and a half minutes or less. This just might be the first proper Pop record that North Elementary has recorded.

While most groups start pop and end up experimental, North Elementary have never been ones to do things conventionally. With their collective experience they have managed to incorporate the aforementioned hallmarks of their sound in a more concise structure, and it works to great effect. This record is full of songs that feel longer than they actually are, and still end earlier than you want them to. “Waste A Day” squeezes a serpentine jam in the middle of a tight tune. “Wrapped Up Like Glass” veers into Pop-Punk territory but still swirls with tripped out sonic tracers. “Slippin’ Into the Sun” might contain the mantra of the whole record with the lyric, “I’m slippin’ into the Sun, but I’m not burnin’ up.” North Elementary certainly haven’t burned up, but they are on fire. “And Every Color You Have Ever Seen” is a testament to this fact.

Recorded, mixed and mastered during the month of February at Track and Field Studios in Durham NC by Nick Petersen

Happy Chad in a basement of vinyl photos by Jimmy Thompson

Thanks and gratitude to all who have shown us support in the various ways you see fit to do so.
Very special thanks to Bug, Katie Mac, Nakia, Regina, Nick, and all our brothers and sisters in the Potluck family!